At NKD we recently released an article about the world of work, and how this has developed. As it has coincided with LGBT+ History Month, I couldn’t help but reflect on how the world of work has changed for those of us who identify as LGBT+. I’m usually a private person who wouldn’t share much that’s personal, but as I’ve hit my forties, I feel more and more of a responsibility to speak up. Because while the world of work has changed for the better, the fight for equality is not over. Hate crimes are still on the rise, and there are still over 70 countries in the world where homosexuality is illegal – 12 where it is punishable by death.

The history that shaped the world of work

It’s been 50 years since the Stonewall Riots in the US, acknowledged by many as a turning point in the gay rights movement. It was a demand for equality at a time when the world was still a hostile place for those who were seen as deviating from the heteronormative view of what it meant to be a man or a woman. Here in the UK, new legislation in 1967 meant that the first steps were taken for homosexuality to be decriminalised, but with such a raft of technicalities that it was still impossible to be fully open about your sexual orientation for fear of arrest or recrimination, including losing your job. LGBT+ people were seen as deviant, and homosexuality was something that should be kept secret. While it would be easy to say that all of this was a long time ago, it’s worth noting that 50 years really isn’t that distant. The prevailing socially conservative attitudes of the 1970s shaped the world of work, and beyond. As my generation was entering employment, the legacy of those laws and attitudes would still be firmly in place.

For context, it’s also worth noting that my generation in the UK would have been going through our school years at the time when the now infamous Section 28 was in place – stating that a local authority shall not “promote the teaching in any maintained school of the acceptability of homosexuality as a pretended family relationship”. This act was put in place in 1988 and only repealed in the year 2003. And gay sex was only fully decriminalised in 2001. So my generation would have been through their entire school life and would be entering the world of work at the start of the new millennium with legislation still in place that maintained that a normal relationship was only that consisting of a man and a woman, and no legal protection against discrimination based on sexual orientation.

The need to “come out” at work

No wonder then that I started my first job in an office at the start of the 2000’s terrified about coming out to my colleagues and my line manager. How to do it, if at all, when all conversations were about dating girls? In the end, I opted for quietly correcting my boss during a conversation one day. From that point onwards, it felt like my sexual orientation defined me and made me stand out from the rest of my colleagues. The “acceptable” way to be gay was the funny guy who dressed well – an exhausting act that needed to be maintained in order to be accepted. Needless to say, I did not stay there long.

It’s after this that I entered the world of retail, which I loved, and where I would develop and grow myself and my career. It’s what led me to where I am today, and I’ll be forever grateful. It’s fair to say that the world of retail has always been a place with a high proportion of gay employees, and I immediately started to feel more able to be open about myself. However, while the general feeling was that it was “gay friendly”, the company policies and UK laws were an indicator of the times we were still living in. Employers were able to actively, and legally, discriminate against their LGBT+ employees, and I experienced this first hand.

At the time, I was with my partner (now my husband) in a long term committed relationship. Civil Partnerships were not in place yet, so any notion of “marriage” was not an option, but we lived together and shared a mortgage, so for all intents and purposes we lived as a married couple. When starting my job, I was excited by the prospect of unarguably the number one perk of working in retail – the staff discount! My partner was looking forward to getting his discount card too, and for the first few months we enjoyed this staff benefit together.

One day, I received a letter notifying me that my partner’s card had been cancelled as he was ineligible for it. I enquired why, and was informed that the second card was only available for a spouse, in my case defined specifically as my wife. When I pointed out that this would be impossible as my partner and I literally could not get married, I was informed that this was the rule, so nothing could be done. To add insult to injury, the person I was dealing with ended her message with a cheery “so lovely speaking to you!” as we had previously worked together. I think she had no recognition that this entire exchange had left me feeling like a second-class citizen in the company that I loved working at, where I felt I could be myself.

This was the reality of the world of work for anybody identifying as LGBT+ until very recently, and for some, it still is. These types of discrimination in the workplace, be it differing policies, exclusion from benefits, or the need to “come out”, all had and continue to have an impact.

Continuing the drive for equality, diversity and inclusion in the workplace

Fast forward to today, and Section 28 has been repealed since 2003, discrimination based on sexual orientation became unlawful in 2010, and we’ve had equal marriage since 2014. All of this is cause for celebration, but there’re still work to be done. Subtleties in everyday life, both in the workplace and out, can still enforce heteronormative ideals and act as “microaggressions” for somebody identifying as LGBT+.

We must widen our breadth of understanding of the whole of the LGBT+ community (not just the LGB part) in order to ensure that our workplaces are truly diverse and inclusive. For example “men’s” and “women’s” toilets in the office, or offsite work events that include “golf for the employees (who are assumed to be men) and spa treatments for the “wives”. Employers must also be aware that LGBT+ people are statistically more likely to have mental health issues. So yes, the world of work has improved in the last 20 years – now let’s ensure that it’s the best it can be for absolutely everyone.

I’m lucky to be working in an organisation that is inclusive, and encourages every single one of us to be our true authentic selves. And as a leader in this organisation (and outside of work, as an uncle) I feel it’s my responsibility to drive this and be a role model. So, this is why I have shared my story this LGBT History Month. It’s my way of helping to make the world of work better. 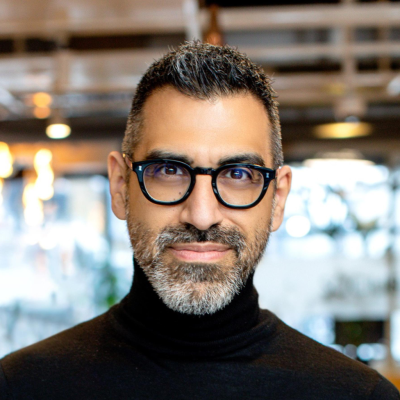