Windrush Day and Me

The 22nd of June is a day we celebrate the contributions of the Windrush Generation and their descendents to our country; Windrush Day.

On this day 73 years ago, over a thousand Caribbean people arrived at the Tilbury Docks on the Empire Windrush ship. After World War II, the  UK economy needed a great deal of repair.

Many people from across the Caribbean region (alongside 100,000 Polish refugees) left their old lives behind and took a chance for a new start, when accepting the invitation of the British Government to come over and work to help rebuild the nation.

The jobs included the production of steel, coal, iron, and food, and also jobs in the service sector, such as running public transport and staffing the new National Health Service.

After the arrival of the Windrush, more Caribbean people followed. One of those who followed was my great-grandmother Lillian Latisha Thomas, who sold her successful rum bar in Jamaica to pay for her own fare.

Despite the encouragement of the  British  Government to settle in the country, many Caribbean people in Britain experienced racism and intolerance from British people upon arrival.

Many were denied access to employment and accommodation. They were also prohibited from entering many pubs, clubs and churches. Many establishments displayed signs reading ‘No Blacks, Irish or Dogs; my great-grandmother was among those who struggled for lodging when arriving.

Initially staying with a friend, it took some time for her to find a place that would accommodate her, and it would eventually be a Jewish man that let her a room. Working as a seamstress in a factory for the early part of her arrival, she then joined many of her peers, working for the newly established NHS in Whipps Cross Hospital.

Before the National Health Service was founded in 1948, many West African and West Indian women trained as nurses in British hospitals during World War II. Today, one in every five nurses and midwives are from different ethnic backgrounds, rising to much higher levels in some regions and parts of the country, such as London.

Within three months, my great-grandmother had made enough money to send a ticket for her husband to join her, and within a year she sent and paid for her five children to accompany them. Contrary to the norm at the time, it was the same man that let her room who helped her obtain a solicitor for her house.

Settling in Hackney, Lillian and her family began building our family roots. Having two additional children, she and my great-grandfather went on to have over 101 grandchildren, great-grandchildren and great-great grandchildren in their lifetime, all of whom have made some sort of contribution to the country, from being employed in the civil service, NHS, performing arts and justice system.

My great-grandmother’s journey is one of many of the Windrush era that depicts determination, perseverance, strength and courage.

I feel Windrush Day is an opportunity to shine a light on these stories: it reminds the country of the Windrush Generation’s legacy, their struggle and continued struggle, and how they laid foundations for the Black British society we know today. It showcases their amazing legacy to British society and contributions they made and continue to make.

In response to the Windrush scandal,   the government launched the ‘Windrush Compensation Scheme.’ However, since its inception the National Audit Office discovered massive delays and a back log of outstanding cases. They also found there were only six full-time case workers to support over 15,000 potential claims.

Amid the controversy, many celebrities such as Sir Lenny Henry, Hugh Quarshie and Thandiwe Newton have all backed a petition which calls on the government to make the compensation scheme process easier for Windrush scandal victims.

Yasmin Thomas is a journalism graduate who currently freelances as well as working part-time for the NHS. Her writing ranges from entertainment to serious open-minded topics that cover a great range of issues. 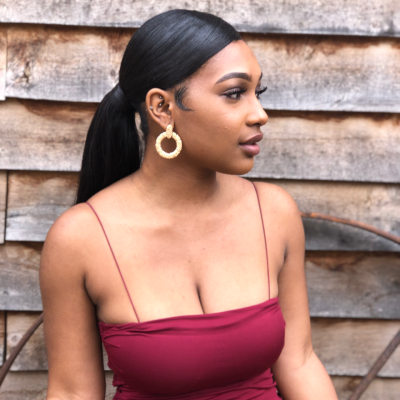